With the live music scene gone for now, and the current social distancing laws, PB is in isolation. Alone and locked in Hailstone Studio, Paulie has been recording (and gardening) and put together what he is calling the ‘Iso Sessions’. Some brand new songs, assembled during lockdown 2020. Whatever falls out, no rules. Available now for download track by track, as they come.

If you have some small change to buy/donate, it would be most appreciated. You can do so here: http://pauliebignell.com/downloads-2/

‘ALL DAY’- a groovy shuffle written and performed by Paulie Bignell at Hailstone Studio during the Iso’ Sessions 2020. Available for download here: http://pauliebignell.com/downloads-2/

Track two from the Paulie Bignell Iso’ Sessions…Lonely. A rockin’ shuffle for groovers with hints of boogie and funk and some stinging slide guitar. Mastered by Robert B Dillon, thanks RBD! Available for download now on the downloads page http://pauliebignell.com/downloads-2/.

Here’s the first track with a late night/early morning clip PB assembled.
Get It Right…Paulie Bignell, from the ‘Iso’ Sessions’.
Let’s hope they do! 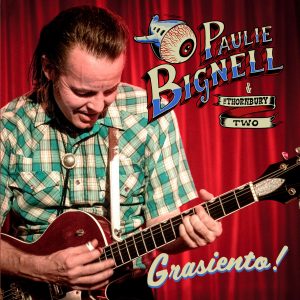 Paulie Bignell is back in town – ignore at your own peril.

” … On one level, ‘Grasiento’ is something of a trailer for his full length album ready to land in early 2020 but, more demonstratively, it captures @Paulie Bignell and the Thornbury Two at the top of their game.

“With his band mates Peter Beulke and Damian Singh, The Thornbury Two have been piecing together Paulie’s original tunes over the last year or so, finely crafting a layered studio album widely thought to behis best work yet”.

In the meantime, we have a taster/teaser release to whet your appetite. The three song EP, Grasiento !

“Paulie comes out smoking on the greased-up, funked-up, never-come-down, slide guitar instrumental ‘Funk in Your Trunk’.

“Then a raucous remake of Rose Tattoo’s ‘Rock N Roll Outlaw’ that takes the Tatts’ signature brand of street level Aussie Blues Rock and drops it into Elmore James’ backyard.

“Wrapping up the EP is ‘I’m Gonna Get You’, an album track, a straightforward rocker that sits comfortably between the Tattoo You period of the Rolling Stones, and Rockpile when they were firing on all cylinders”. ~ Micheal McDonald, Producer

Out Next Week! Buy your copy now, for potential delivery before Christmas. Get Your Copy Here

Have you ever tossed a GPS out the window? They can be frustrating at times. Have you ever found one by the side of the road? Well ours has finally landed…the brand new video GPS taken from the new album ‘Lost And Dangerous’. I’m not sure what GPS stands for anymore.. Watch it and watch out!!

‘I Don’t Mind Anymore’ taken from the new album Lost and Dangerous. Filmed in a 100 year old farm house in the eastern suburbs of Melbourne, Australia. The Blackburn and Nunawading area was full of orchards up until the 1950’s. The house was abandoned, about to be demolished and in rough shape. It had it all…

As soon as we entered Ioannis said, this is the spot to video the song. What song I said? Without discussing what track to make a clip for, he said, ‘I don’t mind anymore’, It’s telling me the story. It’s come up great, top job mate! www.ioannisioannou.com.au

Paulie showing us his sensitive side, short but sweet. The house is currently in skip bins at the scrap yard.

Our next clip is in production and takes us in another direction again. Look out!! 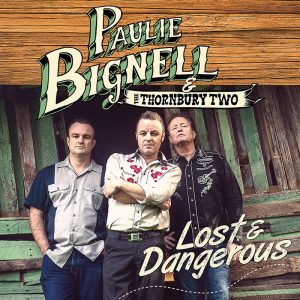 Hi and welcome aboard good peoples…Paulie Bignell and the Thornbury Two have a new album about to hit the streets. ‘Lost and Dangerous’ has gone to print. 14 band new tracks, 12 cracking originals penned by Paulie and two of his favourite Chicago blues tunes given the suburban treatment. We have also been working on some new video clips, a slow sensitive tune as well as the fully frustrated tune. Look out, they will be coming soon.

The Thornbury Two consists of Peter “Boom Boom” Beulke on bass and backing vocals, Craig Hadlow on drums and special guest on Lost and Dangerous is the rockin piano man himself Ezra Lee.

Lost and Dangerous is a ride we take the listener on, shifting through the gears for the twists and turns and bumps and burms, It’s Rock’n’Roll’n’Blues from the suburbs. 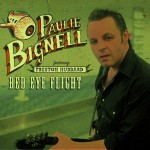 Recorded in St Louis MO. Featuring Preston Hubbard on bass (x Fabulous Thunderbirds) with his St Louis side kick Joe Meyer on drums. Paulie packed his bags and his song book and went to the USA. This CD is making waves around the globe already, get yours now!
Distributed locally on Black Market Music.
Check out the new website, sample tracks and get the latest updates.ORDER YOUR COPY NOW…

Powered by WordPress and WordPress Theme created with Artisteer.